[interview] Archspire: “We think we know what people like from the previous releases, so we wrote more of that, but (hopefully) better this time around”

Archspire guitarist Dean Lamb answer our questions about the present of one of the leading bands in technical death metal, ARCHSPIRE. Their fourth album ‘Bleed The Future’ will be released this October on Season Of Mist, so we take the opportunity to talk about composition, their European tour this fall with Rivers Of Nihil, technical death metal and cooking shows on YouTube. By Morpheus Misfit.

– I think that with your previous album ‘Relentless Mutation’ you toured more than ever before, but then everything came to a stop with Coronavirus making it impossible to play anywhere. The new album is coming out in October, do you think that this release will have a normal touring schedule as the previous one or it will still be hard to go overseas at the end of 2021 and early 2022? Maybe it was impossible to hold the album for another year as you want fans to listen to what you already recorded?

We definitely pushed ourselves to tour as much as possible for the last album cycle, supporting “Relentless Mutation” and considering how long it takes for us to write and record, we only had a few tours cancelled due to Covid-19. We were fairly lucky in that regard, the pandemic closed down touring during the time we were writing the new album anyway so it could have been much much worse. We’d love to imagine a touring schedule that looks a bit more normal and pre-pandemic, but everything is still sort of a gamble. We have a European co-headliner tour with Rivers of Nihil planned for late 2021, and we’re working on dates for 2022 already. Answering your question about postponing the album release, it wasn’t really anything we considered; we wanted our album to be released this year. 2021 marks 4 years since our last release, so we think it’s been long enough. We are very excited for the release!

– Your music, even being extreme and technical, seems more accessible now and that’s a good thing as it can get to more people. You guys mentioned that is because you have a clever songwriting now. At what point did you realize that this was the way to go from now on?

Our songwriting hasn’t really changed much since the beginning of the band, in 2009. We still all mostly write together in a room, a few times a week. We utilize technology a bit more now, like demoing out ideas in the rehearsal space, but the core method of songwriting is the same. During the pandemic we had to reduce our writing schedule a bit, but we made up for it by writing more stuff at home before bringing it to the jamspot. While writing this album, we just focused more on what we think makes for a catchier song. We think we know what people like from the previous releases, so we wrote more of that, but (hopefully) better this time around.

– Your music is known for being technical. I think that you always travel with a special rack system, some specific gear, and play with in-ear monitors and click tracks so everything sounds the same anywhere in the world. How important is it for you to reproduce everything the same every night and have consistency on a tour?

If you watch any live videos of us pre-2012, you might notice variation in tempo from song to song, or someone making a mistake which in turn throws off another member, creating confusion and (unwanted) dissonance. We absolutly rely on our in ear monitor system to help keep everyone on track during the set. Using a click track is a huge part of that, but we also use a system that lets us listen to ourselves, plus the isolated studio tracks, instead of the other members of the band. What you hear in the audience is 100% live instruments, but what we hear is a combination of the studio and live instruments, which means we never mess eachother up. There’s so much less confusion this way, and I think it’s helped us put on the best performances.

– “Bleed The Future” has a normal length with songs not longer than 4 minutes. Were those songs longer and you have to make it shorter to focus on them to be more catchy?

We honestly just can’t perform super long songs, unless they have a long interlude in the middle, ie: A Dark Horizontal. Writing a 5+ minute song at 350 BPM is so endurance-dependent that the song often times suffers in live scenarios. We write within our limitations, but we are constantly trying to push those limitations on each album. We only shortened one or two songs, at the suggestion of Dave Otero (Flatline Audio) and yes, it was for purposes of making the songs more listenable, and catchier. He usually has great ideas to help make the songs more accessible, so we do our best to go into the studio with an open mind.

– And the songs here on this new album are really fast again, but still very memorable. Is speed on the songs and shredding something you have as a priority when recording new songs or does it just come this way?

We usually start writing a song with a guitar riff or two, and if Spencer has a new drum technique he’s working on at a specific tempo then we’ll try to make the riffs fit. If not, then we either decide to scrap the riffs, or change the drum part. At that time, we have usually figured out within 20 BPM what the tempo of the song is going to be. It’s not a perfect science, and some songs take way longer than others to write, but deciding on the overall vibe of the drums/guitar is a pretty good starting point. Bass and vocals often come once we have figured out the basics of the section, but that’s not always the case. A song like “Calamus Will Animate” starts with a fast vocal pattern which I believe we wrote before the song.

– Last album was great, but it seems that the production here has been (if possible) improved. Everything sounds balanced, not that compressed as other bands. Was it hard to get this sound or you already knew which buttons to push to make it sound this way?

This is a question for Dave Otero. The amazing production and great ideas he comes up with was the reason we went to him for the last release, and this time was no different. We spent an additional week in the studio this time around, and the entire process was smoother, because we had that existing working relationship. He is a perfectionist when it comes to audio, he doesn’t cut corners or half-ass anything. We give him the music, he gets the best performances from us, gives us ideas along the way, and then makes it sound great. Plus he’s bald, and three of us are bald so we get discounts at the hair salon down the street from his studio.

– The kind of music you play sometimes can be considered as better than other genres between metal, specially for elitist hardcore fans. Does it bother you that fans could think tech death metal as superior related to other metal genres when talking about your band?

I don’t know if it’s ever crossed our minds that there might be an issue with our fans enjoying our music “too much” or liking it more than other bands in the genre of death metal. We write primarily for ourselves, because we love fast music. Our fans hopefully will be on board with the songs we wrote on the upcoming album, and whatever passion they have for our music will only help us continue to do it as long as we can.

– ‘Good Morning Handsome’, the online cooking show you guys launched this year. It’s awesome to see something like that, especially from a band coming from tech death. Are we gonna see more of that in the future? I think the last video was 5 months ago.

Oli and I love filming and creating those episodes, but we hit a production snag with location a few months back. We have every intention of getting back into the kitchen and making some videos as soon as possible!

– Your last album ‘Relentless Mutation’ was nominated to the Juno Awards there in Canada, how amazing is that! Do you consider your band to be taking really seriously in your country and getting all the attention that you guys deserve for your art?

I don’t know if it did much for anyone taking us “seriously” but the entire experience was great! We had an awesome weekend eating great food, and going to gala and televised events. We have plenty of Canadian fans, and it’s possible that the Juno nomination brought our band some attention to new listeners, but once we took off our suits, we went back to being “that band that plays fast” in our crusty basement jamspot.

Thanks for having me! 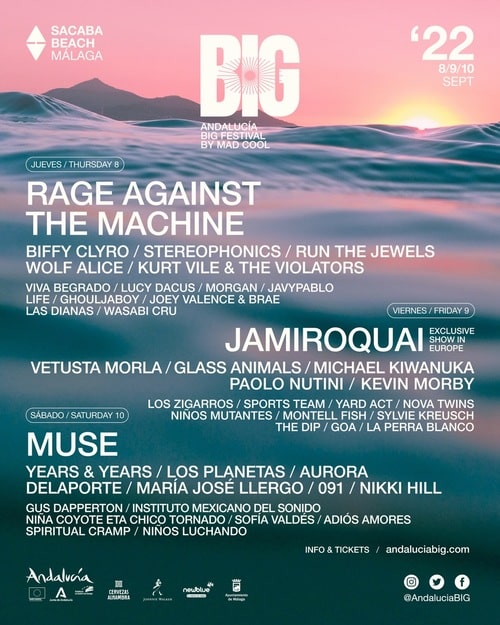